Many new clients will tell me that they are not disciplined when it comes to behaviors based around diet and exercise.

I always counter with this with the same answer:  You are 100% disciplined.

You are 100% disciplined to your current set of conditioned habits, attitudes, and beliefs.

Whatever unhealthy or toxic habits, attitudes, and beliefs you currently have – you learned them over time.  You can un-learn them over time as well.  But first you have to be aware of their existence.

It is possible to re-condition yourself to a new set of habits, attitudes, and beliefs and develop discipline around those habits.  But it takes time.  And the longer you have been alive and have practiced these bad habits, the longer it may take to unlearn them.  But this isn’t a game of perfection.  It’s about trying to make steady improvement and dealing with setbacks and obstacles as they arise.  You don’t have to solve every problem overnight.  You just need to start moving in the right direction.

Ingrained bad habits, bad attitudes, and false beliefs are the biggest barriers that most people struggle with when they attempt to initiate any sort of fitness program for the first time.

So, how do you know if you have mental or emotional barriers to physical change?

Well, first you have to determine if you have a problem?

Are you significantly overweight?  Suffering with major weight related health issues?  Are you frail and weak?  Lack the stamina and energy to enjoy your hobbies and interests? Do you hate the way you look?

If the answer is YES to these questions then ask yourself how long you have lived with this condition?

If it is more than a few months, then you are probably dealing with some sort of emotional or mental block that is preventing you from taking action!

After all – solutions to these problems exist.  You just haven’t found them or haven’t tried to find them.  Or you have found them, but haven’t taken any action on them.

So if your problems are BIG and you have lived with them for a LONG TIME, then chances are your mental and emotional barriers are also BIG.

You need to admit that in order to move forward.  You need to be aware that you are holding onto attitudes, beliefs, and habits that are preventing you from taking problem-solving actions as it relates to your health and fitness.

Failure to adequately address a negative attitude, a bad habit, or a false belief is a huge reason why many people fail over and over again when trying to address their problems or never even attempt to address the problem in the first place.

One of my primary roles as a personal trainer is to help people identify and change their attitudes and beliefs about fitness, strength training, weight loss, or whatever specific issues they are dealing with, and then help them adjust their habits accordingly.

My job is much more than simply coaching form and writing training programs.  Part of my role is to provide not just technical expertise in the gym, but also leadership, direction, and support while you work towards your goals.

But I can’t do any of that if I don’t have the client onboard with me mentally and emotionally.  You have to have a willingness to question your own beliefs, a willing to learn new behaviors, and an attitude that expects a positive outcome from your effort.

Especially from some of the older potential prospects that I deal with – nothing can be as destructive as the self-sabotage that comes from low-expectations.

Your future does not have to be determined by your past or your present.  You can decide on a new path that leads to a brighter physical future.  Getting people to make that decision isn’t always easy.

One of the most common observations I have made over the years is that people tend to place artificial limitations on their own capacity and ability just because they lack experience in the given activity.

Very specifically for my clientele, a toxic belief might be “well I’m just too old to starting lifting weights.”

Non-sense. At the time of this writing my oldest client is 84 years old and lifts weights with me every week.  She started at 80.

She has a list a mile long of reasons why she shouldn’t or couldn’t train.  But she doesn’t accept that from herself.  Even in her 80s she has adopted an attitude of enthusiasm and a willingness to learn new skills.

Fear is the single biggest emotional barrier that prevents progress.  Fear is okay.  Fear is natural.  Courage is the willingness to act in spite of the fear.

Every time you take action in spite of the fear you learn a new capability (You wouldn’t be afraid if it wasn’t something new – right?)

Every time you learn a new capability you gain the confidence to take another step toward meeting your goal.

So today, make a commitment to yourself to move in the right direction.

Now, write down your 3-5 primary excuses as to why you are not taking action.  Challenge them.  Question their validity. Find a way around them.  Leave them behind. 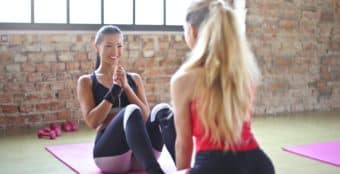 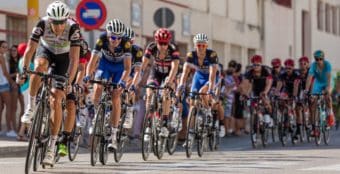 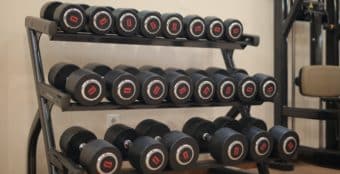 I am leaner, stronger, and healthier now than I was in my 40s.Mindy Pearson, Age 59

Owner Andy Baker has over 15 years of experience as a personal trainer and strength coach. In addition to owning Baker Personal Training since 2007, Andy is the co-author of two best selling books Practical Programming for Strength Training and The Barbell Prescription: Strength Training for Life After 40.